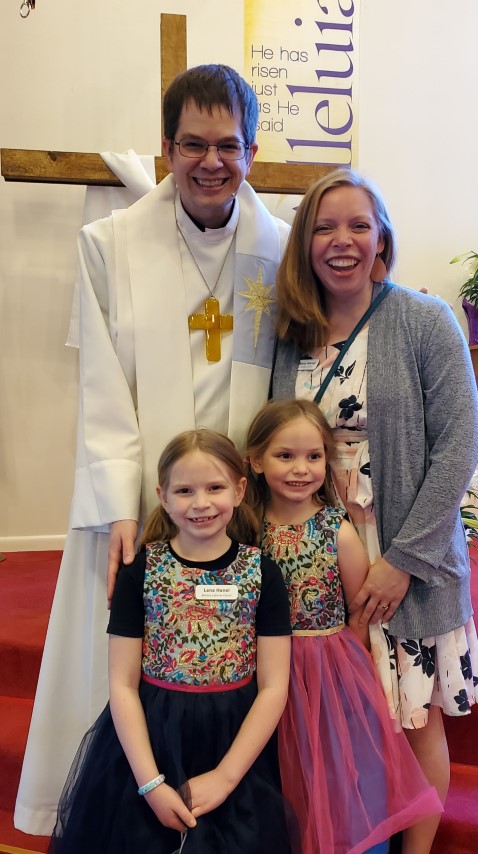 Pastor Mike Hanel originally comes from the frozen tundra known as Minnesota. He and his family are delighted to now call Leesburg their home. Pastor Mike has been on a whirlwind tour of the Midwest, with a B.A. from Concordia University – Seward, NE (2003), an M.A. in Classics from Washington University – St. Louis (2007), and an M.Div. from Concordia Seminary – St. Louis (2007). He also pursued more graduate work in Classics at the University of Cincinnati. During his Seminary training, he served as a Vicar in Clio, Michigan. He previously served Zion in Cincinnati (2009-2015) and St. Paul’s in Bourbonnais, IL (2015-2021).

Pastor Mike met his wife (who also happens to have the name Bethany) while studying Hebrew in the cornfields of Nebraska. Bethany has graduate degrees in theology and library science and currently works long-distance for Olivet Nazarene University. Together they enjoy (audio, real, and e-)books, binge watching TV shows, cheering for the Cardinals, and fulfilling their parental vocations for Magdalena (“Lena” –  8 years old) and Katherina (“Katie” – 5 years old).

If you are interested in talking with Pastor Mike about anything, please don't hesitate to reach out to us here at Bethany Lutheran! 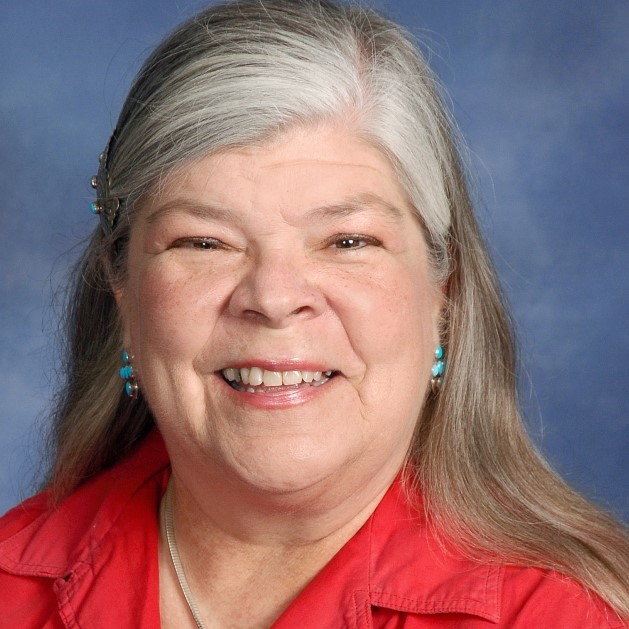 Paula was born St. Louis.  Paul moved to FL in 1969. As a child Paula spent her summers on a lake in Minnesota just a mile from where she and her husband, Don,  have a cabin now.

Paula was awarded Ft. Myer's Symphony Young Artist  in 1970.  She started accordion lessons  when she was 5, piano at 6 or 7. Paula was the youngest vocal student at St. Louis Institute of music at age 12. Also at the age of 12 Paula was the music director of VBS.  Since then, she's been where needed, serving over 20 years at Martin Luther Chapel in the Florida Keys. She sang and played piano as a regular on the Brad Lacey Show on WBBH TV, Naples/Ft. Myers. She did lots of commercials on local TV with Don.  She was also involved with several little theater groups for most of her life,

Paula attended University of Florida.  She taught school since she was 19, first as sub and teacher's aide in public Ft. Myers schools and then as pre-K at St. John Lutheran, Ocala Elementary and finally principal at Marathon Lutheran in the Keys. She worked 8 years at Savings and Loan in the middle years. Has sung in several symphony choruses and attended Edison College Opera workshop.  Paula has written and illustrated several books with Don, album "Backwards" in 2006. She gets occasional air time up in the woods of Minnesota in addition to serving as part-time music director here at Bethany.